You are here: Home / Articles / The complaint contract in couples 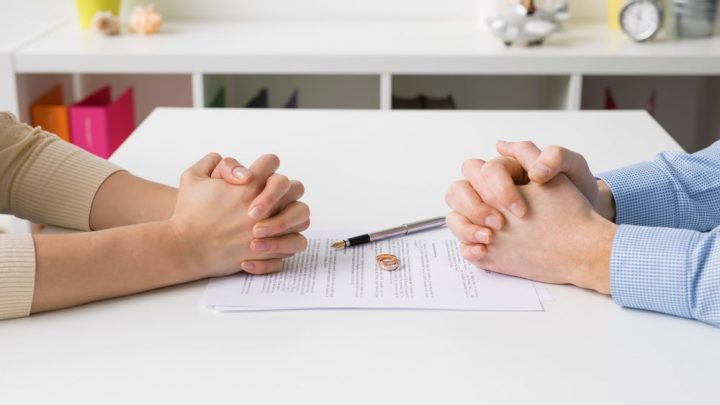 It is unwise for the therapist to assume that every couple who comes for therapy wants change. It is often the case that a couple want, instead, for me to restore a recently-lost equilibrium. Their old state of affairs may have been serving their needs (albeit imperfectly, as in every relationship) – until a disruptive event happens: for example, an affair. Then, the unspoken, and sometimes unconscious, contracts between them stop working.

For example, a couple’s tacit acceptance that sex is not happening may be a form of unspoken contract, where the silent agreement is that the question of sex is no longer to be raised. This contract may be enacted, among other devices, through the establishment of separate bedtimes to avoid confronting the possibility of intimacy (rarely acknowledged, but ably covered by the narrative ‘you need your beauty sleep, and I’m a night-owl’).

A particularly interesting variant of this contract is one where, instead of agreeing to ignore the question of sex, one half of the couple takes the role of complaining about the lack of it. This, paradoxically, can help the couple deal with sex by ‘keeping it on the agenda,’ while actually doing nothing about it (or having it). The contract works by addressing the many ‘shoulds’ and ‘oughts’ couples carry – as in, ‘we should be having sex’ – while allowing the situation to remain the same. Complaints are, therefore, sometimes maintenance-mechanisms for a situation, rather than the expression of a desire to change it. (This interpretation of a complaint is not unique to sex. If a client complains about not being able to find a long-term partner, it may be that they don’t actually want a long-term relationship, and the complaint about it satisfies their feeling that they ‘should’ want one. This is, of course, absolutely not to deny that many people have serious problems finding the relationships they want).

Sex – bearing in mind that most couples have trouble discussing sex – is particularly prone to the complaint-contract. It often is accompanied by an interpretation the couple proposes: ‘I have a high libido, and you have a low libido.’ This is generally unhelpful, if not manifestly untrue. Nonetheless, the ‘high libido’ partner is the complainer: while the ‘low libido’ partner becomes the gate-keeper of sex.

A more accurate, and more complex, interpretation might be:’You apparently want sex more than me, and it may be true that you want it more. But my wanting it less doesn’t mean I have a lower libido, it just means I know I will probably enjoy it less with you, than you do with me. So, by ‘me having a lower libido’, I am able to control when and if it’s going to happen. Which means I can tolerate sex in our relationship…

‘… However, giving me control like this might lead to not very much sex at all. In which case, we wouldn’t be a ‘normal couple.’ So, maybe, you could take the role of complaining about the lack of sex? – so that we can keep sex on the agenda, without fearing we’ve become just friends? – and at the same time leaving me in control of sex – which is what I need? And reducing its frequency to a level I can accept?…

‘…I am ok to take the ‘low libido label,’ and I don’t mind you taking the ‘high libido’ label…

‘… Oh, and by the way, I’m not sure you really do want more sex, or you might be interested in what it might mean for me to really enjoy the prospect of sex with you. Maybe you’re actually ok in our relationship without much sex, but feel we ‘ought’ to want more? – or that, you too, can’t see how to make sex something you look forward to with me.? Or that, while improving things seems impossible, separating seems worse: so you’ll stick with the status quo…

We can see that this is a really quite complex complaint-contract, largely unspoken and possibly partly unconscious.

Now, too much is known. It turns out the low-libido partner has no problem with their libido at all. There’s no going back. The complaint-contract no longer works.

So the couple may refer for therapy, after the disclosure of an affair, not with a desire for change but secretly hoping that the therapist can restore the old contract. ‘We just wish things could go back to how they were.’

The assistance a couple therapist can sometimes offer, is to help the couple understand that their previous narrative about their sexualities were largely contractual, and their complaints were possibly a maintenance structure to preserve the state of affairs before the affair.

Helping them construct a new, explicit, contract after an affair, is less about re-establishing the rules of monogamy, and much more about bringing into focus their real wants, and needs.

The satisfaction of that particular want, sex-you-look-forward-to – or, to put it another way, the maintenance of eroticism: is clearly difficult in long-term relationships. (See: ‘The Romantic Myth of Making Love.’ )